Waitrose is one of the many retailers in UK heeding the call to prevent food waste, and to that end, it is planning to remove “best before” dates on 500 of its products including fresh fruits and vegetables starting in September.

The hope is that consumers won’t be so quick to toss away perfectly good products until they’ve gone bad. Right now, UK shoppers are throwing 4.5 million tonnes of food in the bin each year.

“In the UK alone, 70% of all food wasted is by people in their own homes,” says Marija Rompani, Director of Sustainability & Ethics for the John Lewis Partnership. “By removing best before dates from our products, we want our customers to use their own judgement to decide whether a product is good to eat or not, which in turn, will increase its chances of being eaten and not becoming waste.”

Here’s the other benefit: with inflation soaring and consumers worried about stretching whatever money they have, keeping food around longer could be a financial win.

“By using up existing fresh food in our homes, we can also save on our weekly household food shop, which is becoming an increasingly pressing concern for many,” Rompani said.

So what’s being targeted in the fresh food department? Staple vegetables such as lettuce, potatoes, onions, peppers, cucumbers, celery, mushrooms, and other root veg made the list, along with leeks and brassica. Potted herbs and plants also won’t have them, along with fruits such as melons, pineapples, pears, citrus, plums, grapes and apples, which might have longer shelf life than shoppers think. According to WRAP, apples can last two months longer when refrigerated below 5°C. Broccoli can go another two weeks.

“Wasting food feeds climate change and it costs people money,” Catherine David, Director of Collaboration and Change at WRAP said. “Best Before dates on fruit and veg are unnecessary and create food waste because they get in the way of people using their judgement when food is still good to eat. We are absolutely delighted by this move from Waitrose which will help stop good food ending up in the bin. There is loads more that we can do to tackle food waste together – for fresh produce it’s also really important to store it in the fridge.”

Waitrose, which is targeting 2030 for its food waste goals, said that although it won’t have best before dates, it still plans to have ‘use by’ dates in place to help customers eat safely and avoid food poisoning.

The Latest from PBUK

How much less expensive is a shop at discounters Aldi and Lidl than their retail rivals in the UK grocery market? A lot. According to

Platforms. Everyone in menu research and development thinks about platforms for serving a wide variety of menu items. Platforms can be breads, tortillas, biscuits, baked 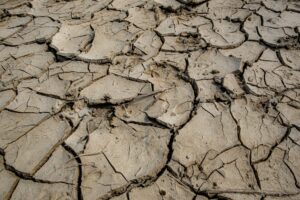 Get regular produce industry insights, sign up for our email newsletter below.