Frosts and lower temperatures have had a negative impact on Chilean avocado production, according to a report from the US Department of Agriculture, and is already having an impact on the UK market. Exports for the marketing year 2022-23 overall are expected to decrease by 20% over the previous season, tumbling to 104,420 metric tonnes.

The UK is the third most popular export market for Chilean avocados, trailing only the Netherlands and Argentina. Avocados typically peak between October and December along the bulk of the harvest season. In 2021-22, the UK saw 14,110 metric tonnes of avocados from Chile, a nearly 29% increase in the Marketing YOY. However, in the first couple of months of this year (July and August) it saw only 2,000 MT, a drop of nearly 25%.

Why the decrease? According to the USDA and the Global Agricultural Innovation and because of scare water to irrigate, avocados have taken less precedence over other fresh produce in the Metropolitana region such as cherries, walnuts, citrus and olives, which can bring in higher profits.

The top variety of avocados produced in Chile are Hass, which are also popular with consumers. Hass traditionally has flourished in Chile, boasting high quality and yields. However, it can be temperamental to changes in weather conditions, notably frost and excessive irrigation, according to the report. Avocados are grown on hillsides to try to alleviate those factors.

Export values peak from March to July each year, during the Chilean offseason when avocado supply is lower, the report said. Over time, the avocado unit value remained relatively steady for the past three marketing years, showing some unusual variation in March and April 2021, a year where domestic production was unusually low.

The Latest from PBUK

Sainsbury’s is one of the many UK supermarket chains providing transformative assists during this festive season to those in need. But its latest endeavor –

Autumn has always been a special time of year for my family. As a New Yorker, I don’t always see the signs of the seasons 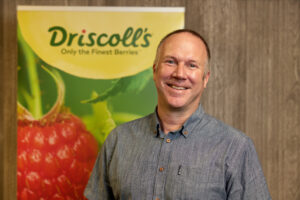 Driscoll’s recent acquisition of UK-based Berry Gardens Limited (BGL) is described by representatives as a consolidation of both knowledge and resources, and expected to introduce new varieties

Get regular produce industry insights, sign up for our email newsletter below.